Anybody else really sick of winter?

Yeah. So are my kids.

They’ve been off track for two and half weeks now and this cold snap isn’t helping. We’ve been to the museums, played the board games, colored the pictures, watched the movies, made the forts and baked the treats, but today my kids landed at

And I knew that all they needed to was to run around outside and go crazy … which wasn’t going to happen … and so we did the next best thing:

Drag Out The Diaper Boxes.

Yup.  It was time for some good, old-fashioned air guitar … OLD SCHOOL STYLE … since I’m one of those mean moms who won’t let my kids have video games.

But oh the fun you can have with a box and some music and a whole lot of imagination.

Think of it as Guitar Hero meets Huggies.

… and rummaging through my scraps …

… and creating their own masterpieces … 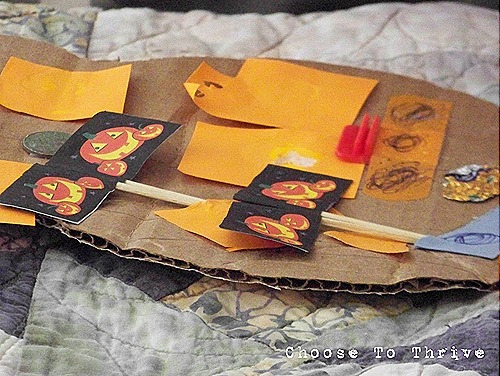 I spy a Halloween cupcake pick, a nickel, a candy wrapper and an orange band-aid I’m going to pretend is clean.

… complete with – wait for it – rock star glasses to match.

And by the time all of them were done, they’d given themselves super-cool rock star names.

So we went big and decided to rock the afternoon.

We took their headshots …

… and practiced for their upcoming neighborhood world tour …

And when they had it just right, we cranked up our favorite playlist on iTunes and let them jam away.

And while “Dynamite” by Taio Cruz may not the rock anthem be, my Dirty Half Dozen shredded it like pros.

Oh, and we taped their concert, too. We got some priceless footage “on-stage” as well a hysterical acoustic version of my six-year-olds sure to be smash hit, “I love cute baby unicorns even though they’re not real.”

And after the kids were thoroughly worn out, they got a kick out of messing around in Picasa with me to create the perfect album cover. 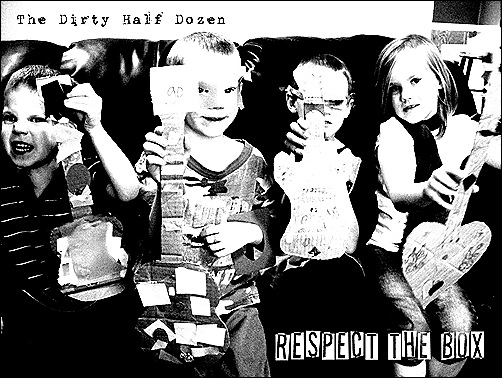 I have a feeling their album launch party next week during FHE is gonna rock.

Cardboard guitars, loud music, and all of us dancing on the coffee table… 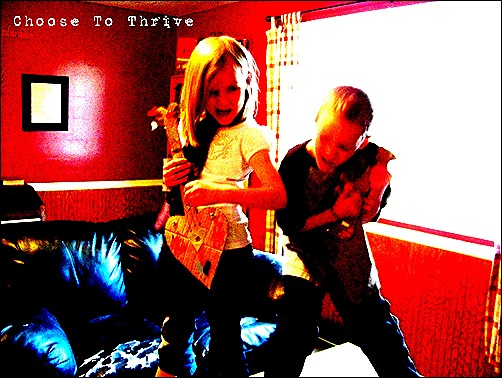 … thank you Mr. Walmart diaper box for an awesome afternoon.

So grab a box, raid the art supplies and crank up that music. 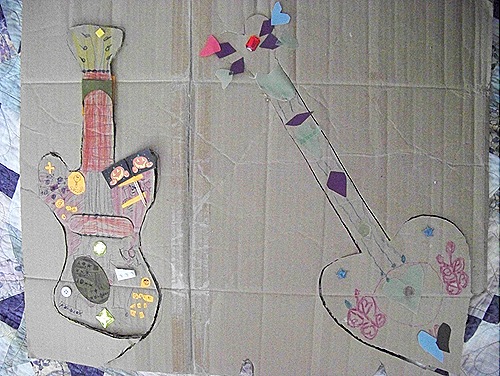 Featured on Ucreate With Kids: